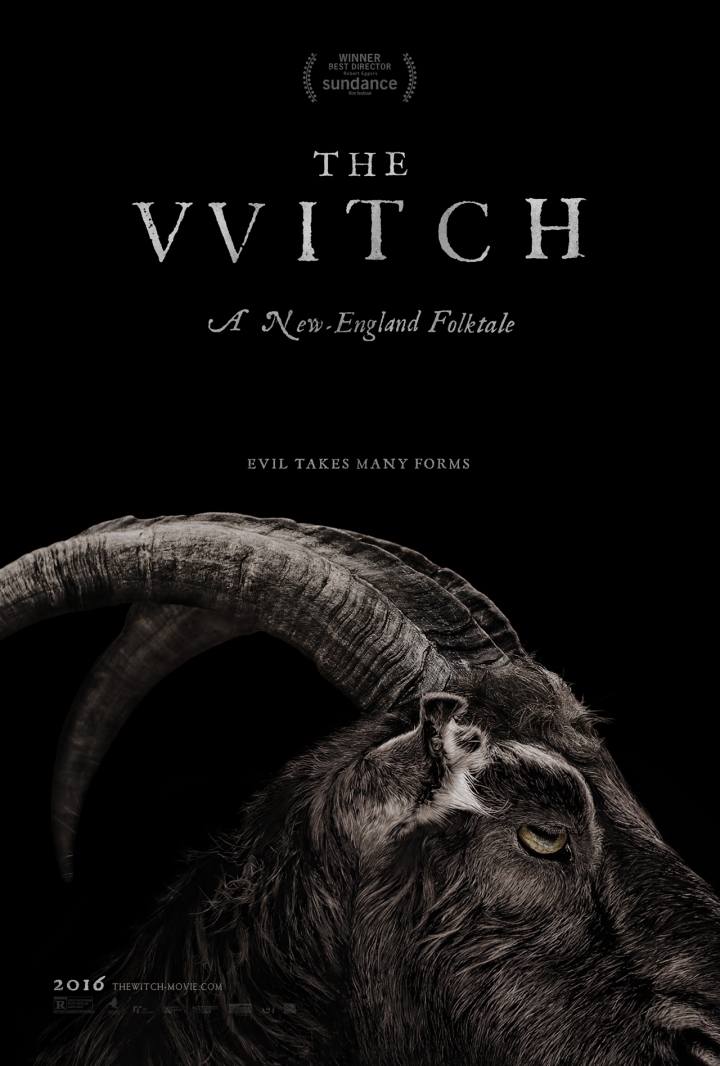 A couple of weeks ago I popped along to the annual Mayhem film festival held at Nottingham’s Broadway cinema for a pre certificate screening of The Witch, an atmospheric little folk horror movie recommended by my esteemed work colleagues Alan and Holly, with whom I share a love of horror cinema, and who tagged in for a very enjoyable post film session of tea, cake and film geek chat.

The trailer had promised what looked to be a bleak and oppressive tale, and the finished article doesn’t disappoint on either score. Coming across like Ken Loach channelling Dario Argento, director Robert Eggers spins us the tale of a puritan family in 17th century New England, cast out of their settlement for being too, er… puritan. No sooner has patriarch William and his nervy wife Katherine set up home in the wild, than their infant son mysteriously disappears while in the care of eldest daughter Thomasin. Cue the family’s descent into paranoia and fear as one event after another seems to conspire against them. The crops fail and Thomasin falls under suspicion of witchcraft, but are the family’s travails a manifestation of religious hysteria or does an evil presence truly lurk in the woods that loom against their small holding?

I’ll give away no spoilers here, suffice to say this has to be one of my favourite films of the year. Like all great horror, The Witch conjures up an unsettling atmosphere right from the start, aided by a superbly minimalist score and shot in a relentlessly desaturated palette of browns and greys (no hope, or colour here). In its atmosphere and setting the film evoked, for me at least, comparisons with the excellent Witchfinder General and the less well known Blood on Satan’s Claw (you don’t get films with titles like that nowadays, more’s the pity).

The Witch then, is my kind of horror movie; a much needed change from the numerous’ jump scare’ nonsense that currently infests the supermarket DVD shelves and streaming services. The script has the self-confidence to focus more on the unseen, psychological aspect of the situation the protagonists find themselves in, and director Eggers has the presence of mind to leave the audience’s imagination do its worst (although the film is no slacker in the ketchup stakes either).

A word of caution; The Witch is not forgiving of those with a deficit of patience when it comes to viewing habits. The characters dialogue is in the form of 17th century English vernacular, (no RSC vowels here), and though beautifully acted by the cast, demands the viewers full attention. For me though, details like this put the cherry on the cake that is the production’s splendidly realised period setting, and made me love this movie all the more.

And you’ll never look at a goat the same way again.