Hello there film fiends! Quite a few goodies to share with you this week, Let’s dive in –

Before we meet THE PREDATOR, come face to face with THE DAWNSEEKER! 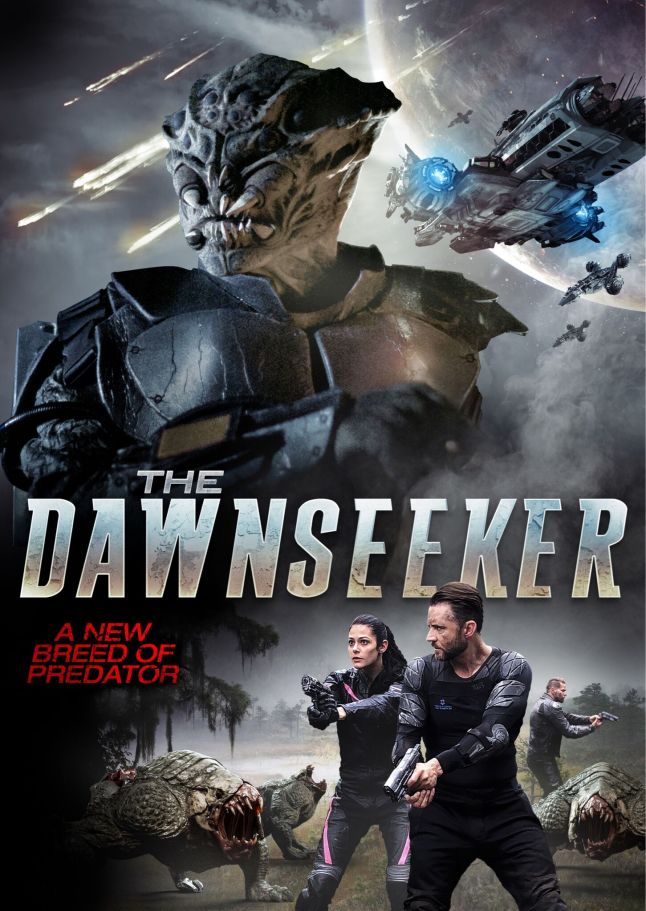 2245, the Earth’s sun has dwindled and no longer provides the energy needed to sustain human life. Five hired mercenaries travel to an uncharted planet to collect a rare mineral known as stardust to replenish the dying star. After their spaceship crashes on the alien planet, they are stalked and hunted by a creature far more advanced than anything they have ever encountered before.

Pistol-packing acclaimed South African western FIVE FINGERS FOR MARSEILLES, a thrilling tale that takes its place alongside classics such as ONCE UPON A TIME IN THE WEST and contemporaries like THE PROPOSITION and NO COUNTRY FOR OLD MEN, stares down the barrel of a national theatrical release Friday, September 7, 2018.

From filmmaker Michael Matthews and screenwriter Sean Drummond comes a thrilling western set against the backdrop of post-Apartheid South Africa. Five Fingers for Marseilles takes place in a small town “governed” by dubious local officials, living in fear of a lawless mob; when an exiled outlaw returns home in search of solace and redemption, brotherhood and loyalty are fused with vengeance.

Synopsis: The residents of the colonial town of Marseilles are under the thumb of police oppression and only the young rebels known as the Five Fingers are willing to stand up to them. Their battle is just, until Tau kills two policemen and flees the scene. The remaining rebels disband while the banished Tau resorts to a life of crime.  Twenty years later, now known as feared outlaw The Lion of Marseilles, he is released from prison. He returns home, desiring only peace and to reconnect with those he left behind. The battle for South Africa’s freedom has been won, and former comrades-in-arms are in prominent positions as mayor, police chief, and pastor. But it quickly becomes clear to Tau that Marseilles is caught in the grip of a vicious new threat — and he must reconstitute the Five Fingers to fight frontier justice. Standing against former allies and new enemies, the re-formed Five Fingers saddle up and ride out, and put their lives at risk to save their beloved Marseilles.

Out now on Vimeo and Amazon, BLOOD CLOTS is a collection of horror stories curated by Freedom Cinema, consisting of shorts by New York distributor Hewes Pictures.  Featuring cannibals, zombies and other funny creatures, the anthology stars many recognizable actors such as Brooke Smith (THE SILENCE OF THE LAMBS), Harry Sinclair (THE LORD OF THE RINGS), Madalina Bellariu Ion (YOUNG POPE) and Kristin Slaysman (THE LAST TYCOON, MASTERS OF SEX) among many others.

The collection is made up of seven short, gore-filled stories that will surely please the fans of the genre. Whether it is an awkward dinner with an ancient creature in The Call of Charlie, or a rightfully justified fear of basements in Time To Eat, BLOOD CLOTS has it all.

From High Octane Pictures, the studio that brought you THE JURASSIC GAMES and THE VEIL, comes a fire-breathing, wind-riding fantasy adventure that’ll run ‘rings’ around the competition this August – DRAGON MOUNTAIN
In a fantasy world of dragons, magic and myths, four Dwarves are mining in the dangerous Dragon Mountain when a sudden, violent explosion causes a cave in, trapping the Dwarves inside. With oxygen getting low and supplies dwindling the group must work together to figure a way out before it’s too late. But the path to freedom may not be as simple as they hope when they cross paths with a hungry creature tracking them in the darkness.

Dragon Mountain is released August 7 on VOD and September 4 on DVD.

From High Octane Pictures, the studio that brought you THE JURASSIC GAMES and CLOWNTERGIEST, comes IT LIVES INSIDE, premiering on digital this summer.
A chronic sleepwalker reads from a mysterious book that foretells his impending demonic possession. He then struggles to hold his family together as the ancient evil threatens to consume everything he holds dear.

Rett Terrell (THE JURASSIC GAMES) and Alissa Rose Ford (ARMY OF FRANKENSTEINS) star in a Jeff Hall film, released August 7 on VOD and September 4 on DVD. 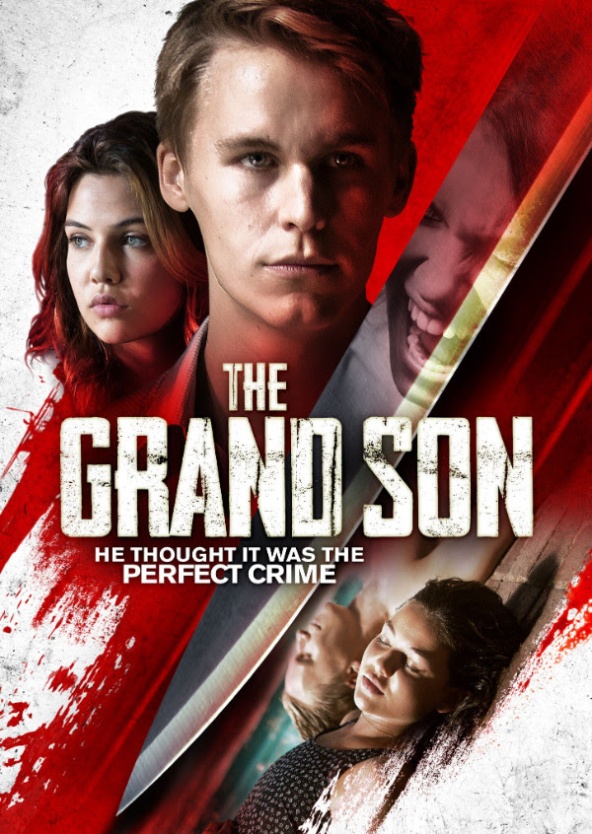 Rhys Wakefield (The PURGE) hatches a killer plan in THE GRAND SON, premiering on digital this August from Uncork’d Entertainment.
Award-winning filmmaker Robert Logevall and writer Abram Makowka invite you to experience a young man’s descent into decadence and darkness.

High in the Hollywood Hills, Tod and his sister, Lani live a charmed life in mansion of their grandmother, a former movie star now hosting a home shopping show with failing ratings. She sees her grandchildren as spoiled and entitled and when Tod senses that his lifestyle is in jeopardy he hatches a diabolical plot to keep the home shopping show going and the money rolling in.Academy Award Nominee Lesley Anne Warren (Color of Night, Victor/Victoria), Fabianne Therese, Nathan Keyes, and Sarah Clarke (the Twilight franchise) also star.