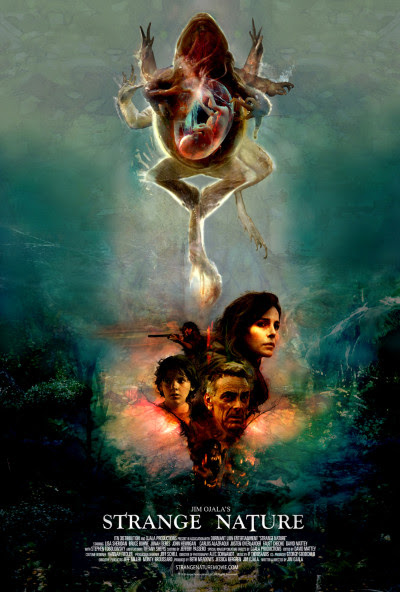 This September, It’s man versus nature when wrestling superstar John Hennigan and acclaimed actor Stephen Tobolowsky (SILICON VALLEY, DEADWOOD) play ‘leapfrog’ with mutated amphibians in Ojala Productions’ highly-anticipated eco-thriller Strange Nature.
By moving in with her estranged hermit father in the backwoods of a small town, Kim (Lisa Sheridan, THE 4400) and son Brody find themselves in the middle of a horrendous phenomenon where deadly offspring mutations spread from animals to humans.

A fairy tale classic goes under the frightening sea this September with MERMAID’S SONG, premiering on digital from Wild Eye Releasing.

A dark homage to Hans Christian Anderson’s The Little Mermaid, and starring  Iwan Rheon (GAME OF THRONES), the film is set during the 1930s depression and tells of young Charlotte, who is struggling to keep the family business afloat. When gangster Randall offers to pay off the family debt – he demands some illegal changes to the business. But Charlotte, like her mother before her, is a mermaid capable of controlling humans with nothing but her voice, which creates a battle between all of those who want Charlotte’s magical powers for themselves.

Filmed in Northern California, the film stars Robert Kovacs (who has gained attention for his uncanny resemblance to a certain well-known action star), Daniel Baldwin (JOHN CARPENTER’S VAMPIRES), Richard Tyson (KINDERGARTEN COP, TWO MOON JUNCTION), Eva Hamilton (horror fest fave RUIN ME), Stormi Maya, Leia Perez, Reese Austyn, and Sam Story.
DEATH KISS concerns a vigilante with a mysterious past who goes to a crime-infested city and takes the law into his own hands, at the same time protecting a young mother and her child.

Writer-director is Rene Perez (PLAYING WITH DOLLS: HAVOC).  Producer is Jeff Miller (THE TOYBOX, OUIJA HOUSE), through his company Millman Productions.  Gary Jones helped executive produce through his company Mosquito Entertainment. Zach Carter served as Supervising Producer.
“Rene’s movie is very cool and stylish.  It feels like a throwback to the Cannon films of the ’80s,” says Miller.  “After an enthusiastic response at Texas Frightmare Weekend in May, we’re excited to show the film to the general public.”
The DVD, with special features such as director’s commentary and the trailer, will be released December 4th.

In the tradition of Tucker and Dale Vs. Evil, What We Do in the Shadows, James Gunn’s Slither, and Sy Fy’s Sharknado franchise, the demented creature feature RETURN OF THE KILLER SHREWS splatters its way onto VOD platforms this Halloween season!
Fans of pop culture and gonzo gorefests will eat up this tasty treat, as it hearkens back to the grindhouse drive-in era with sexy babes, carnivorous creatures and bloody mayhem, and does it with a smile. 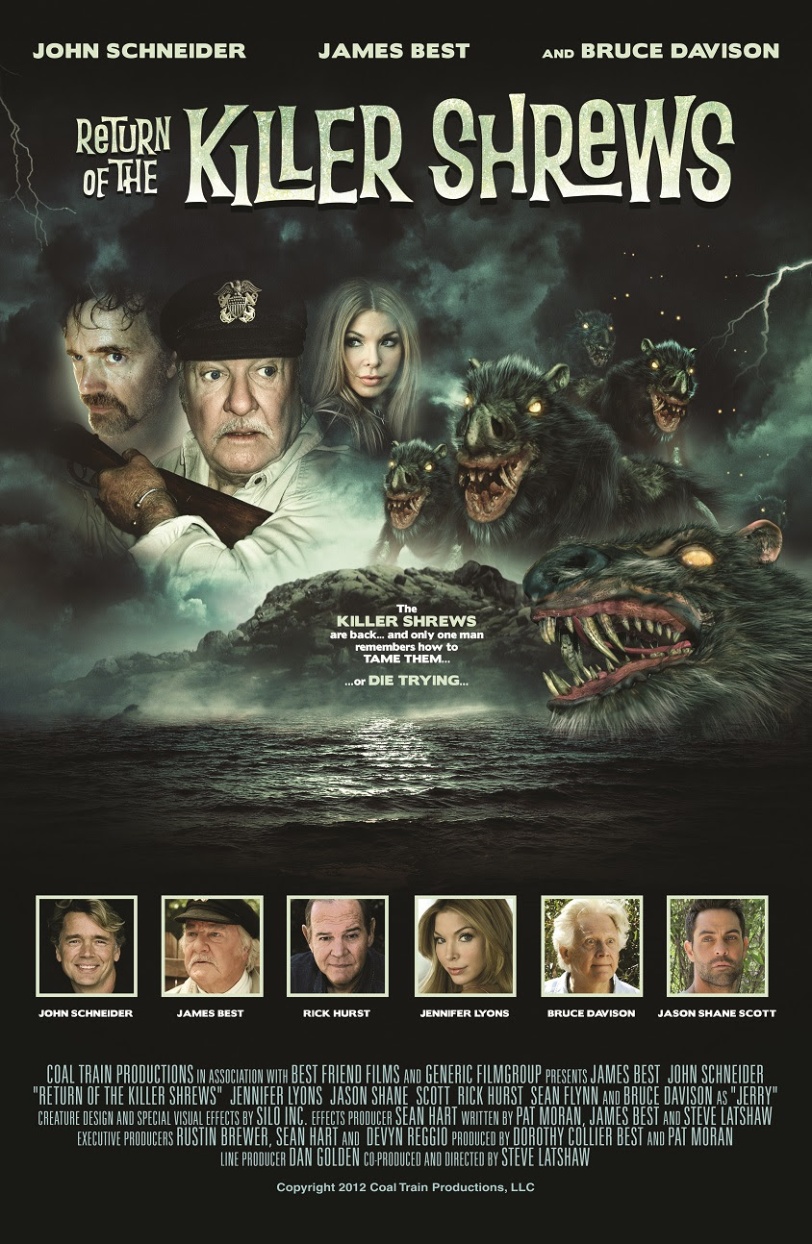 In 1959, the original KILLER SHREWS exploded onto drive-in screens, as a charter boat Captain and a bevy of hapless scientists were besieged by a horde of mutant beasts on a remote, storm-swept island. This classic mad doctor-meets-monster movie mashup featured edgy character actor James Best (Dukes of Hazzard, Rolling Thunder) as Captain Thorne Sherman and famously low-fi special effects, giving birth to one of the most revered genre entries of its era.
Now, more than five decades later, the snarling, blood hungry monsters are back in RETURN OF THE KILLER SHREWS.  Captain Thorne Sherman returns to Shrew Island with a boatload of cargo for a TV crew filming a reality television show.  As the cameras roll, cast and crewmembers start falling prey to strange bloodthirsty creatures, and Thorne Sherman comes face to face with the toothy terrors that have haunted his dreams for so many years. What, or who, could be behind the bloody rampage of the insatiable giant killer shrews?